Harry Potter, the Hogwarts Houses: Gryffindor, Snake, Snafflepuff, Slytherin, Albus Dumbledore, Voldemort, Muggle, Dobby... these names hold no secrets for Harry Potter fans. Besides, this last one remains one of the best Sagas of all times. So why not have a department dedicated to this universe in your clothing shop?

Since its release in 1997, the Harry Potter saga, with its series in 7 volumes and 8 films, has been a dazzling success. Written by J.K. Rowling, it has sold more than 500 million copies worldwide, and has now been translated into 80 languages, making the author a multimillionaire.

The saga tells the story of the young Harry Potter wizard, who survived the death spell cast by Voldemort who murdered his parents. As an orphan, the boy was taken in by his uncle Vernon and his aunt, who were very cruel to him and constantly mistreated him. But on his eleventh birthday, everything changed! The giant Rubeus Hagrid, sent by Albus Dumbledore, the director of Hogwarts, came to pick him up and take him to this prestigious school of witchcraft.

During his apprenticeship, Harry gradually discovers his power, his abilities, his heritage and his responsibilities. His two faithful friends, Ron and Hermione, accompany him throughout his adventures, and in his fight against the terrible wizard Voldermort.

Many are the followers of the Harry Potter saga! They don't just read the books and go to the cinema to see the film over and over again. To plunge into such a magical and fantastic universe, they also collect other objects and above all, they like clothes with the effigy of Harry Potter or the four houses: Gryffindor, Snake, Puffy and Slytherin.

SunCity reveals a whole collection of clothes under official Harry Potter licence, for young and old alike. Different models of jumpers, tops, sweaters, T-shirts, shorts, coats and unisex clothing are available for all ages (babies, children and adults) and for all genders, men and women... Everything is there to please your customers who will be spoilt for choice.

We also have other items such as bed linen, covers, etc. as well as various accessories.

Quality products at the best prices

All products are of high quality and comply with European standards. For their manufacture, different raw materials can be used, such as cotton or polyester. They are sold at the manufacturer's price.

No matter the quantity to order (50, 100 units or more), even if you have specific orders for your shop, we will know how to satisfy you. Buy on our site, we ensure the delivery of your orders as soon as possible. 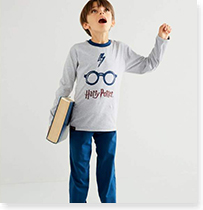 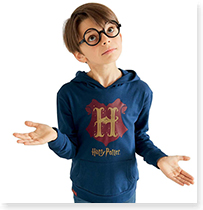 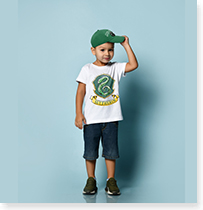 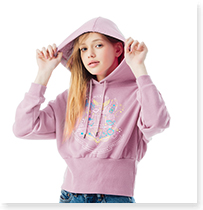 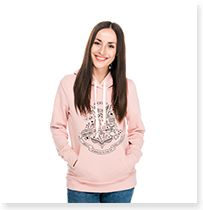