The Decepticons and the Autobots have always hated each other. Their rivalry eventually crossed the galaxy and reached Earth: The Transformers are conducting a violent war here on Earth. This is how American director Michael Bay adapted the cartoon into a successful sci-fi film in 2007. The story was drawn from an animated series, originally released in 1984.

The Transformers are in fact extraterrestrial robots which have evolved into two opposing camps. On one side, the Autobots are the good guys under the command of Optimus Prime, continually countering the dastardly plots of the Decepticons.

The latter came to earth to capture the Allspark: An artefact with power great enough to control the entire planet. Bumblebee, the extraterrestrial robot who also happens to be the car of the unsuspecting Sam Witwicky, a young human, is sent to Earth as a scout.

The plot is but one of the films great qualities. These robots, that turn into fast and powerful cars, are favourites with little boys.

Their fans love to have garments and products that remind them of their heroes from beyond the stars. To delight your young customers, why not offer them clothes featuring printed images of their favourite heroes, the Transformers, on If you are a retailer or a shop selling children's clothes, take advantage of the exciting range of products on our website, today.

As the designers of these clothes, we can sell them to you at the best prices, and our stock never runs out. Make us your wholesaler and supplier in Transformers clothing and, you will see your sales reach new peaks. 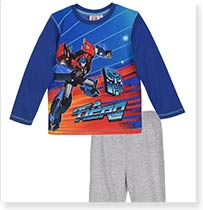 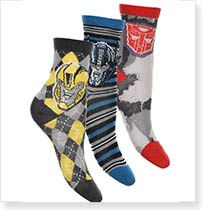 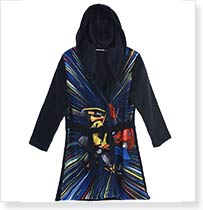 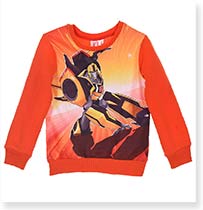 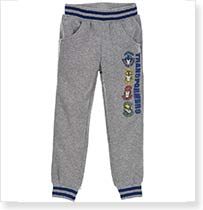