Every four years, the International Federation of Football Association (FIFA) organises a World Cup to determine the best football team.

The 21st edition will be held in Russia in 2018, where the preparations started a few years ago. The best national teams will compete for the title of World Champion from 15 June to 18 July 2018. Qualifications were drawn by lot two years ago.

So far, the Russian team (the host and organiser of the games) and the Brazilian team, that dominates football worldwide, are among the first qualified. The latter are the team to watch, as they are participating for the 21st time, and have yet to miss the knockout stage.

To host this world event, Russia has already established a list of twelve potential sports venues.

The World Cup has also given birth to the FIFA video game on Playsation, XBOX or PC. Before FIFA 2018 in September 2017, the video game based on the event and featuring the teams of Messi, Christiano Ronaldo, Müller, will be released.

At each world cup, young and old are glued to their screens. The match is not the only draw, they are also eyeing the jerseys, socks and boots of the biggest players.

Our website, wholesaler and boys' clothing supplier, offers t-shirts, shorts and others clothing and accessories In the colours of FIFA 2018 at small prices. This licence is adored by boys and is perfect for boosting sales. 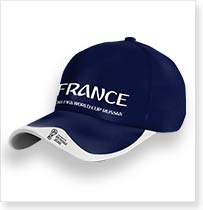 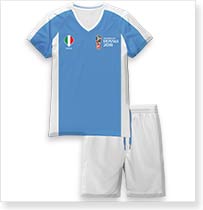 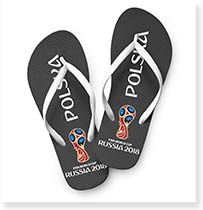 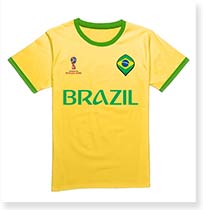 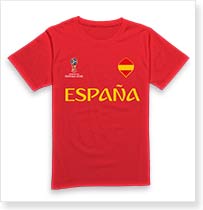 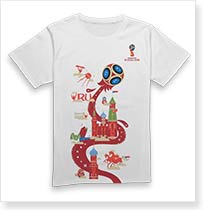