In 2016 the first season of Elena of Avalor came out. The 3D animated TV series comes fresh from the States. The Disney Chanel was the first to broadcast it in July 2016.

Derived from Disney Junior's Sofia the First animated series, Elena of Avalor tells the story of a young teenage girl. Elena is the princess of the Kingdom of Avalor and is of a curious and daring nature.

She protects her kingdom against the frequent attacks of an evil witch. Her role as protector becomes stronger when she becomes the heir to the throne of Avalor. To fulfil her role, she must learn how to act, live and think like a princess, in order to govern the kingdom when the time comes.

Elena of Avalor clothing and accessories are available on our website. We operate as a wholesaler and supplier of girls' clothing. Elena of Avalor is part of our wide selection of apparel licences designed specifically for girls.

This license as the advantages of wide variety, a low price, as well superior quality. Girls will be delighted with socks, dresses, tops and trousers, sporting the image of Elena and her friends.

Nothing makes you feel like a princess as much as dressing up in clothes decorated with one! This line is aimed at merchants and retailers who want to offer only the best clothes to their young customers. 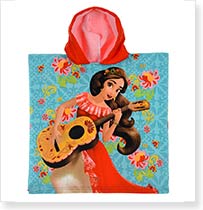 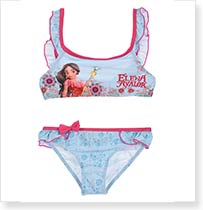 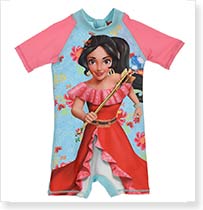 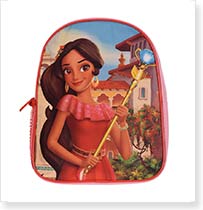 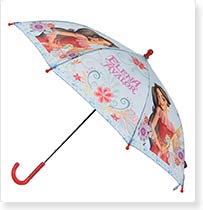 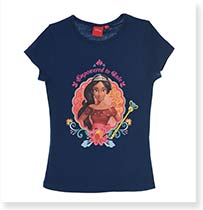