Every day since the 1940s, Tom and Jerry have been having fun and keeping viewers entertained. We're all waiting for the day when Tom the cat succeeds in catching Jerry the mouse for his dinner.

For now, Tom is always chasing after Jerry, who inevitably succeeds in escaping his clutches, either by using his imagination, thanks to his size or by being helped by Spike the Bulldog.  After 77 years of existence, Tom and Jerry always make us laugh with their hilarious, outlandish scenarios.

This masterpiece by William Hanna and Joseph Barbera is certainly one of the best-known cartoons in the world. Each episode is like a short film.

After receiving the Academy Awards for best animated film, Tom and Jerry is among the most adored cartoons on the planet, enjoyed by young and old alike.

They have inspired films, other animated series and even clothes. Designed for children, these can be worn in summer just as in winter. Pyjamas, tracksuit bottoms, trousers, t-shirts and other items of clothing in the Tom and Jerry line can be found on our site.

We are both wholesaler and supplier of products in the image of these endearing animals. Why buy our clothes? Because our licence is a surefire hit for sellers of children's clothing. Whether your business is online, in boutiques or shops, we ensure fast and reliable delivery. 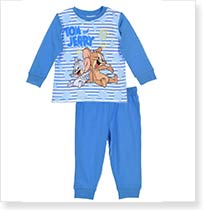 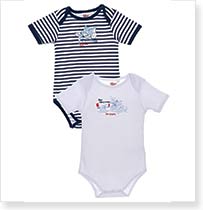 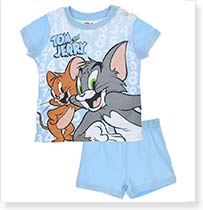 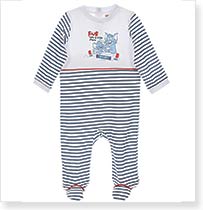 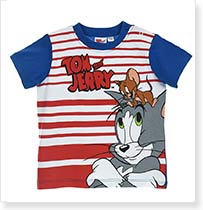